The Ethics of Research Biobanking 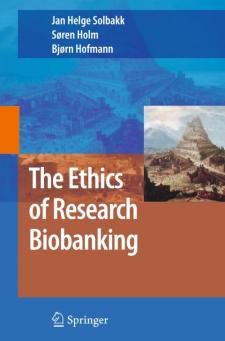 Like no other telescope ever invented, the NASA/ESA Hubble Space Telescope has given us magnificent high resolution views of the gigantic cosmic collisions between galaxies. Hubble's images are snapshots in time and catch the colliding galaxies in different stages of collision. Thanks to a new and amazing set of 60 Hubble images, for the first time these different stages can be put together to form a still-frame movielike montage showing the incredible processes taking place as galaxies collide and merge. The significance of these cosmic encounters reaches far beyond aesthetics. Galaxy mergers may, in fact, be some of the most important processes that shape our universe. Colliding galaxies very likely, hold some of the most important clues to our cosmic past and to our destiny. It now seems clear that the Milky Way is continuously undergoing merging events, some small scale, others on a gigantic scale. And the importance of this process in the lives of galaxies is much greater than what was previously thought.