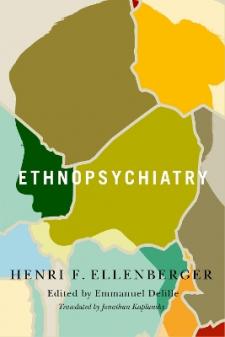 What is the relationship between culture and mental health? Is mental illness universal? Are symptoms of mental disorders different across social groups? In the late 1960s these questions gave rise to a groundbreaking series of articles written by the psychiatrist Henri Ellenberger, who would go on to publish The Discovery of the Unconscious: The History and Evolution of Dynamic Psychiatry in 1970. Fifty years later they are presented for the first time in English translation, introduced by historian of science Emmanuel Delille. Ethnopsychiatry explores one of the most controversial subjects in psychiatric research: the role of culture in mental health. In his articles Ellenberger addressed the complex clinical and theoretical problems of cultural specificity in mental illness, collective psychoses, differentiations within cultural groups, and biocultural interactions. He was especially attuned to the correlations between rapid cultural transformations in postwar society, urbanization, and the frequency of mental illness. Ellenberger drew from a vast and varied primary and secondary literature in several languages, as well as from his own findings in clinical practice, which included work with indigenous peoples. In analyzing Ellenberger's contributions Delille unveils the transnational and interdisciplinary origins of transcultural psychiatry, which grew out of knowledge networks that crisscrossed the globe. The book has a rich selection of appendices, including Ellenberger's lecture notes on a case of peyote addiction and his correspondence with anthropologist and psychoanalyst Georges Devereux. These original essays, and their masterful contextualization, provide a compelling introduction to the foundations of transcultural psychiatry and one of its most distinguished and prolific researchers.