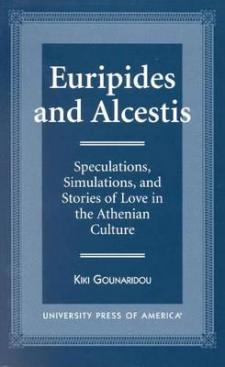 Euripides and Alcestis demonstrates the inherent presence of indeterminacy in Euripides' play, Alcestis. The author uses about eighty of the scholarly attempts to establish a determinate meaning of the play to exhibit the difficulty and lack of success in previous attempts at interpretation. She recognizes that the meaning of the play is surrounded by ambiguity and indeterminacy and provides an interpretation based on this knowledge. As an interpretation, the author focuses on Admetus' desire in relation to Alcestis' statue and his nature as a fifth century Athenian man while exposing Alcestis as a nonidentity. She also analyzes the issues of representation and spectatorship, showing that the theatrical performance is constructed in order to function as vehicles for the satisfaction of a dominant position-that of Admetus and the spectator of the performance.