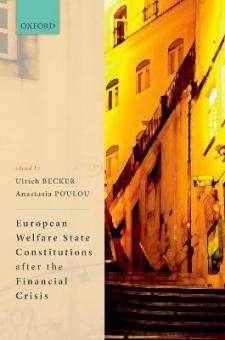 Hit by the European financial and economic crisis in 2008, several Member States of the European Monetary Union (EMU) were unable to refinance their public debt through the financial markets. As a result, they asked for financial assistance from international institutions and European financial assistance mechanisms. That assistance often came at a high price for citizens, cuts in pensions and social assistance, and controversial reforms in public healthcare. These
far-reaching reforms were, in many cases, experienced as violations of people's human rights. National constitutional courts, the Court of Justice of the EU, and the European Court of Human Rights issued a series of rulings on the conformity of the reforms in social protection initiated during the
Eurozone crisis.

The book will act as a helpful tool to legal academics interested in the challenges of constitutional and social law initiated by financial assistance conditionality, to advocates in quest of sound legal bases for the protection of individuals affected by social security reforms, and to national and international judges who are confronted with cases that question the legality and legitimacy of the crisis-related reforms.