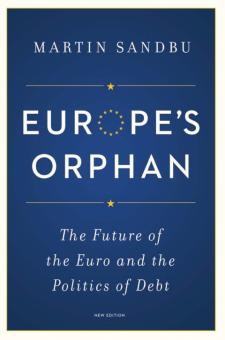 A timely account of the Euro crisis that challenges our assumptions about debt and economic recovery Originally conceived as part of a unifying vision for Europe, the euro is now viewed as a millstone around the neck of a continent crippled by vast debts, sluggish economies, and growing populist dissent. In Europe's Orphan, leading economic commentator Martin Sandbu presents a compelling defense of the euro. He argues that rather than blaming the euro for the political and economic failures in Europe since the global financial crisis, the responsibility lies firmly on the authorities of the eurozone and its member countries. The eurozone's self-inflicted financial calamities and economic decline resulted from a toxic cocktail of unforced policy errors by bankers, politicians, and bureaucrats; the unhealthy coziness between finance and governments; and, above all, an extreme unwillingness to restructure debt. Sandbu traces the origins of monetary union back to the desire for greater European unity after the Second World War. But the euro’s creation coincided with a credit bubble that governments chose not to rein in. Once the crisis hit, a battle of both ideas and interests led to the failure to aggressively restructure sovereign and bank debt. Ideologically informed choices set in motion dynamics that encouraged more economic mistakes and heightened political tensions within the eurozone. Sandbu concludes that the prevailing view that monetary union can only work with fiscal and political union is wrong and dangerous—and risks sending the continent into further political paralysis and economic stagnation. Contending that the euro has been wrongfully scapegoated for the eurozone’s troubles, Europe’s Orphan charts what actually must be done for the continent to achieve an economic and political recovery. This revised edition contains a new preface addressing the economic and political implications of Brexit, as well as updated text throughout. Europe’s Orphan charts what actually must be done for the continent to achieve a full recovery.