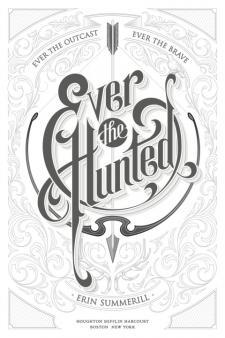 In this epic fantasy adventure, a teen girl embarks on a quest to apprehend her father's killer and finds magic, intrigue, and herself along the way. Seventeen year-old Britta Flannery is at ease only in the woods with her dagger and bow.She spends her days tracking criminals alongside her father, a legendary bounty hunterthat is, until her father is murdered. The alleged killer is none other than Cohen Mackay, her father's former apprentice. The only friend she's ever known. The boy she once loved who broke her heart. She must go on a dangerous quest in a world of warring kingdoms, mad kings, and dark magicto find the real killer. But Britta wields more power than she knows. And soon she will learn what has always made her different will make her a force to be reckoned with.';Britta's fierce tale of love lost and family found, combined with the lush setting and intriguing world-building, make for an unforgettable read.'Ally Condie, #1 New York Timesbestselling author of the Matched Trilogy';With a resourceful and cunning heroine, a compelling and nuanced romance, and a truly fascinating system of magic,Ever the Huntedensnared me from the very first pages. Absolutely marvelous.'Sarah J. Maas,New York Timesbestselling author of the Throne of Glass books';A solid choice for fantasy readers who prefer a large helping of adventure with their romance.'Kirkus Reviews