The Evolution of Modern States 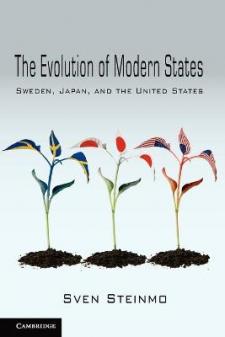 The Evolution of Modern States, first published in 2010, is a significant contribution to the literatures on political economy, globalization, historical institutionalism, and social science methodology. The book begins with a simple question: why do rich capitalist democracies respond so differently to the common pressures they face in the early twenty-first century? Drawing on insights from evolutionary theory, Sven Steinmo challenges the common equilibrium view of politics and economics and argues that modern political economies are best understood as complex adaptive systems. The book examines the political, social, and economic history of three different nations - Sweden, Japan, and the United States - and explains how and why these countries have evolved along such different trajectories over the past century. Bringing together social and economic history, institutionalism, and evolutionary theory, Steinmo thus provides a comprehensive explanation for differing responses to globalization as well as a new way of analyzing institutional and social change.