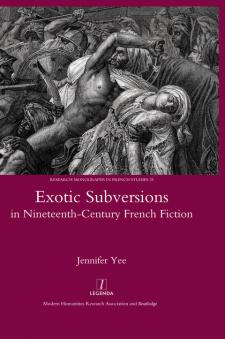 In the course of the nineteenth century France built up a colonial empire second only to Britain's. The literary tradition in which it dealt with its colonial 'Other' is frequently understood in terms of Edward Said's description of Orientalism as both a Western projection and a 'will to govern' over the Orient. There is, however, a body of works that eludes such a simple categorisation, offering glimpses of colonial resistance, of a critique of imperialist hegemony, or of a blurring of the boundaries between the Self and the Other. Some of the ways in which the imperialist enterprise is subverted in the metropolitan literature of this period are examined in this volume through detailed case studies of key works by Chateaubriand, Hugo, Flaubert and Segalen.