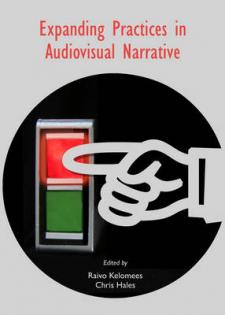 The last twenty or so years have seen a phenomenal expansion in the variety of forms of creative and narrative audiovisual expression. The increasing role of relatively recent developments such as the internet, mobile telephony and computer gaming, which complement the narrative representation of more traditional media, seems to have acted as a catalyst to unfreeze the standard types of story form that had been appearing on screens for over a hundred years. Storytelling has taken on new forms, in the physical format(s) of the narrative material, the place or device where it is experienced, and the way it is accessed by the viewer - in particular, a viewer who might now also be a creator, modifier, or active participant in the represented audiovisual experience. Including texts by leading media scholars Erkki Huhtamo and Ryszard W. Kluszczynski, this book offers both historical and contemporary analyses of a variety of these "expanding practices in audiovisual narrative".
Chapters discuss mobile and locative (and hybrid) narrative media; the connection between computer gaming and more traditional forms of storytelling and game-playing; the use of computational algorithms to organise and access narrative content; and explain how the traditional documentary film form is being transformed by the potential of the audience to participate in, or change the form of, a non-fictional narrative. Historically, the work of Luc Courchesne and Raduz Cincera is analysed, as is the media-archaeological context of interactivity, pushing buttons, and group experiences. Narrative forms will undoubtedly continue their process of expansion and evolution, such that one can never truly represent the "state of the art" of current practice in audiovisual digital media. Nevertheless, the articles presented here offer useful source material to inform scholars and practitioners from a variety of related fields about certain historical, cultural and theoretical aspects of the evolution of the narrative form in the digital age.