Experimental Philosophy and its Critics 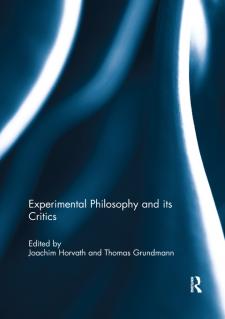 Experimental philosophy is one of the most recent and controversial developments in philosophy. Its basic idea is rather simple: to test philosophical thought experiments and philosophers' intuitions about them with scientific methods, mostly taken from psychology and the social sciences. The ensuing experimental results, such as the cultural relativity of certain philosophical intuitions, has engaged - and at times infuriated - many more traditionally minded &quote;armchair&quote; philosophers since then. In this volume, the metaphilosophical reflection on experimental philosophy is brought yet another step forward by engaging some of its most renowned proponents and critics in a lively and controversial debate. In addition to that, the volume also contains original experimental research on personal identity and philosophical temperament, as well as state-of-the-art essays on central metaphilosophical issues, like thought experiments, the nature of intuitions, or the status of philosophical expertise. This book was originally published as a special issue of Philosophical Psychology.