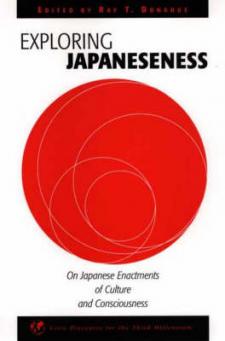 Today, the Japanese nation faces an identity crisis as it attempts to contend with the misfortunes endured in the 1990s: a downward economic spiral, a renewed crime wave, political corruption, and the failure of the government to take bold, new steps in response. Exploring Japaneseness, a collection of new essays from many of the leading scholars and researchers in Japanese studies, including specialists in communication, linguistics, anthropology, psychology, and others, attempts to address the current state of what it means to be Japanese. The central questions of this volume are those that the nation of Japan is itself considering as it begins the third millennium; Exploring Japaneseness provides a multidisciplinary perspective on what some of the answers might be.

Suitable for the informed layman and the specialist alike, the collection deals with such varied subjects as language, nationalism, rhetoric, and mass media, laying a foundation for inquiries into Japanese national and cultural identities by examining aspects of Japaneseness as enacted through everyday discourse or communication. By exploring the culture from the inside out, these esteemed scholars provide an expansive portrait of a complex and ever-evolving nation.