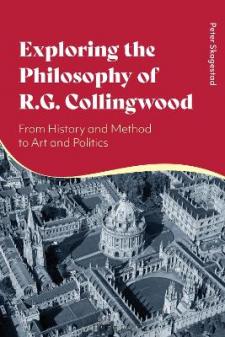 Robin George Collingwood (1889-1943) was one of the most important philosophers of the 20th century, with his work spanning theory of knowledge, metaphysics, philosophy of art, philosophy of history, and social and political philosophy. The full range and reach of Collingwood's philosophical thought is covered by Peter Skagestad in this study.

Following Collingwood's education and his Oxford career, Skagestad considers his relationship with prominent Italian philosophers Croce and De Ruggiero and the British idealists. Taking Collingwood's publications in order, he explains under what circumstances they were produced and the reception of his work by his contemporaries and by posterity, from Religion and Philosophy (1916) and Speculum Mentis (1923) to the posthumously published The Idea of History (1946).

Featuring full coverage of Collingwood's philosophy of art, Skagestad also considers his argument, in response to A. J. Ayer, that metaphysics is the historical study of absolute presuppositions. Most importantly, Skagestad reveals how relevant Collingwood is today, through his concept of barbarism as a perceptive diagnosis of totalitarianism and his prescient warning of the rise populism in the 21st century.