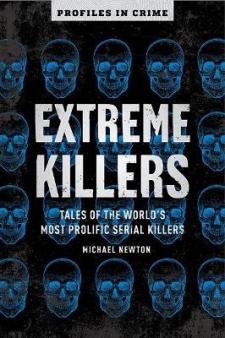 For fans of true crime, this fourth entry in the Profiles in Crime series presents history's most 'elite' serial killers - master murderers who stretched the psychic envelope and racked up the largest number of victims.

Historical in scope and international in breadth, this collection of true-crime stories chronicles fifteen of the most infamous 'extreme killers' who ever lived - those with the largest number of confirmed kills, in many cases more than fifty. The subjects range from 15th-century French child killer Gilles de Rais, purportedly the model for the folk legend of 'Bluebeard,' to Henry Lee Lucas and Otis Toole, who inspired the film Henry: Portrait of a Serial Killer; to Samuel Little, America's most prolific serial killer with sixty confirmed and ninety-three claimed murdered, to Mikhail Popkov, dubbed 'The Werewolf' by Russian media for having slain more than seventy women between 1992 and 2010.