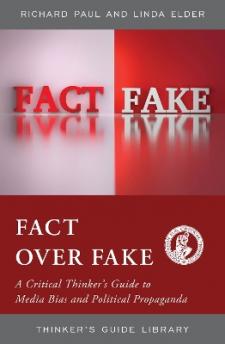 The Critical Thinker's Guide to Bias, Lies, and Politics in the News reveals the power of critical thinking to make sense of overwhelming and often subjective media by detecting ideology, slant, and spin at work. Building off the Richard Paul and Linda Elder framework for critical thinking, Elder focuses on the internal logic of the news as well as societal influences on the media while illustrating essential elements of trustworthy journalism. With up-to-date discussions of social media, digital journalism, and political maneuvering inside and outside the fourth estate, Fact or Fake is an essential handbook for those who want to stay informed but not influenced by our modern news reporting systems.