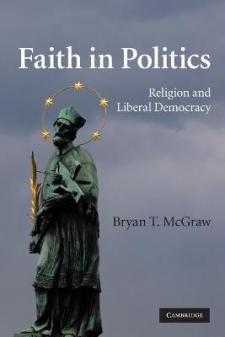 No account of contemporary politics can ignore religion. The liberal democratic tradition in political thought has long treated religion with some suspicion, regarding it as a source of division and instability. Faith in Politics shows how such arguments are unpersuasive and dependent on questionable empirical claims: rather than being a serious threat to democracies' legitimacy, stability and freedom, religion can be democratically constructive. Using historical cases of important religious political movements to add empirical weight, Bryan McGraw suggests that religion will remain a significant political force for the foreseeable future and that pluralist democracies would do well to welcome rather than marginalize it.