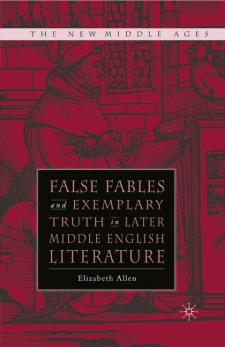 This study charts relationships between moral claims and audience response in medieval exemplary works by such poets as Chaucer, Gower, Robert Henryson, and several anonymous scribes. In late medieval England, exemplary works make one of the strongest possible claims for the social value of poetic fiction. Studying this debate reveals a set of local literary histories, based on both canonical and non-canonical texts, that complicate received notions of the didactic Middle Ages, the sophisticated Renaissance, and the fallow fifteenth century in between.