Fastest Clock in the Universe 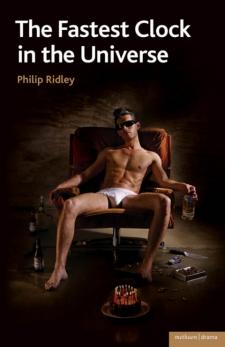 It's Cougar's birthday. He's having a party. And the gift he'd kill for is youth...In a strange room in East London the party preparations are under way. Everything has been planned to the last detail. Surely nothing can go wrong? After all, there's the specially made birthday cake, the specially written cards, the specially chosen guest of honour... and a very, very sharp knife. Philip Ridley's edgy and provocative drama caused a sensation when it premiered at Hampstead Theatre in 1992, winning the Evening Standard Award for Most Promising Newcomer to the Stage and the Meyer Whitworth Prize. It is now regarded as a contemporary classic. 'A bit like a ride on a ghost train... you find yourself shuddering with shock and laughing uproariously... horror has rarely been so much fun' Daily Telegraph'Scorchingly nasty... fingers an age and its icons with terrifying accuracy' Guardian