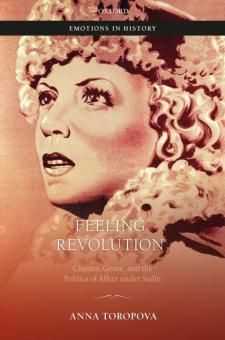 Stalin-era cinema was designed to promote emotional and affective education. The filmmakers of the period were called to help forge the emotions and affects that befitted the New Soviet Person - ranging from happiness and victorious laughter, to hatred for enemies. Feeling Revolution shows how the Soviet film industry's efforts to find an emotionally resonant language that could speak to a mass audience came to centre on the development of a distinctively 'Soviet' cinema. Its case studies of specific film genres, including production films, comedies, thrillers, and melodramas, explore how the genre rules established by Western and prerevolutionary Russian cinema were reoriented to new emotional settings. 'Sovietising' audience emotions did not prove to be an easy feat. The tensions, frustrations, and missteps of this process are outlined in Feeling Revolution, with reference to a wide variety of primary sources, including the artistic council discussions of the Mosfil'm and Lenfil'm studios and the Ministry of Cinematography. Bringing the limitations of the Stalinist ideological project to light, Anna Toropova reveals cinema's capacity to contest the very emotional norms that it was entrusted with crafting.