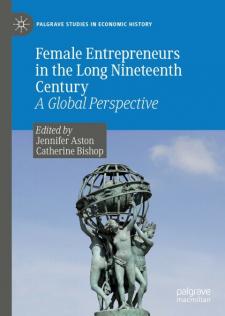 "This volume challenges those who see gender inequalities invariably defining and constraining the lives of women. But it also broadens the conversation about the degree to which business is a gender-blind institution, owned and managed by entrepreneurs whose gender identities shape and reflect economic and cultural change." – Mary A. Yeager, Professor Emerita, University of California, Los Angeles This is the first book to consider nineteenth-century businesswomen from a global perspective, moving beyond European and trans-Atlantic frameworks to include many other corners of the world. The women in these pages, who made money and business decisions for themselves rather than as employees, ran a wide variety of enterprises, from micro-businesses in the ‘grey market’ to large factories with international reach. They included publicans and farmers, midwives and property developers, milliners and plumbers, pirates and shopkeepers.  Female Entrepreneurs in the Long Nineteenth Century: A Global Perspective rejects the notion that nineteenth-century women were restricted to the home. Despite a variety of legal and structural restrictions, they found ways to make important but largely unrecognised contributions to economies around the world - many in business. Their impact on the economy and the economy’s impact on them challenge gender historians to think more about business and business historians to think more about gender and create a global history that is inclusive of multiple perspectives.Chapter one of this book is available open access under a CC BY 4.0 license at link.springer.com.