The Female Face of God in Auschwitz 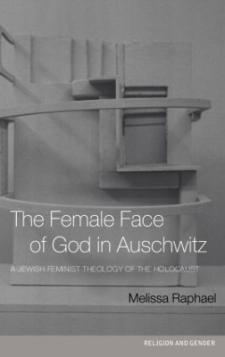 The dominant theme of post-Holocaust Jewish theology has been that of the temporary hiddenness of God, interpreted either as a divine mystery or, more commonly, as God's deferral to human freedom. But traditional Judaic obligations of female presence, together with the traditional image of the Shekhinah as a figure of God's 'femaleness' accompanying Israel into exile, seem to contradict such theologies of absence. The Female Face of God in Auschwitz, the first full-length feminist theology of the Holocaust, argues that the patriarchal bias of post-Holocaust theology becomes fully apparent only when women's experiences and priorities are brought into historical light. Building upon the published testimonies of four women imprisoned at Auschwitz-Birkenau - Olga Lengyel, Lucie Adelsberger, Bertha Ferderber-Salz and Sara Nomberg-Przytyk - it considers women's distinct experiences of the holy in relation to God's perceived presence and absence in the camps.
God's face, says Melissa Raphael, was not hidden in Auschwitz, but intimately revealed in the female face turned towards the other as a refractive image of God, especially in the moral protest made visible through material and spiritual care for the assaulted other.