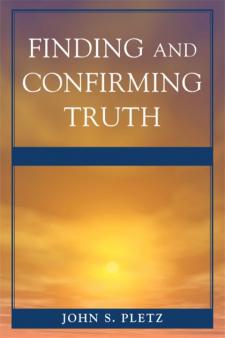 Is truth a word we use only to affirm a statement, or is it also something more? In Finding and Confirming Truth, John S. Pletz explains that truth is more than mere affirmation. It also is the conclusion reached when we have effectively confirmed that an assertion accurately depicts the facts that it describes. Following a delineation of the major types of inferences used in confirming the truth of statements and the justifications for each of them, Pletz discusses the process used in identifying and verifying factual truth. That process includes the critical step of assessing the degree of certainty we have in a confirmed assertion, which the author contends must be ascertained before we should conclude that any statement is true. Finally, Pletz employs this confirmation framework and process in seeking the truth of the concept of truth itself.