The Fire of Origins 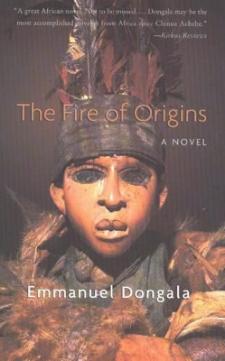 The whole of African history unfolds in this brilliant novel from one of the continent's major writers. The story is unified by the actions of one man, Mankunku, a "destroyer," who is born in mysterious circumstances in a banana plantation and whose identity is as variable as that of his land. This novel traces his development along with that of his unnamed country, from the precolonial era, through the horrors of European subjugation, to independence and the complexities of the postcolonial nation. Along the way, charlatans and saints, workers and bureaucrats, warriors and peacemakers are introduced in a moving melange of laughter and terror. First published in France in 1987, The Fire of Origins received the 1988 Prix de la Fondation de France and the Grand Prix Litteraire d'Afrique Noire, and has been translated into Spanish, Danish, Norwegian, and Japanese. Mythical, lyrical, powerful, and surreal, it is one of the most ambitious works of fiction to come out of sub-Saharan Africa. This replaces 155652420X.