"The First of Causes to Our Sex" 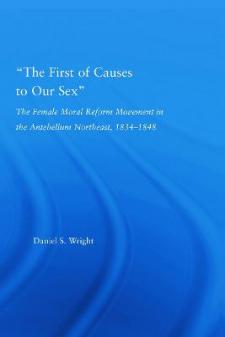 The First of Causes to Our Sex is a study of the first movement in the United States for social change by and for women. Female moral reform in the 1830s and '40s was a campaign to abolish sexual vice and the sexual double standard, and to promote sexual abstinence among the young as they entered the marriage market. The movement has earned a place in U.S. women's history, but most research has focused on it as an urban phenomenon, and sought its significance in relation to the cause of women's rights or to the regulation of prostitution. This study explores the appeal of moral reform to rural women, who were the vast majority of its constituency, and sees it as a response to seminal changes in family formation and family size in the context of an increasingly market-oriented and mobile society. It was led by Yankee women who were fired by Second Great Awakening revivals and supported by reformist clergy.