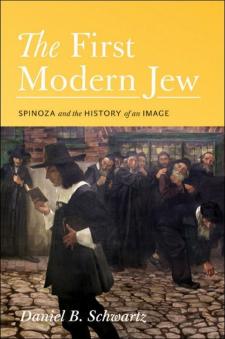 Pioneering biblical critic, theorist of democracy, and legendary conflater of God and nature, Jewish philosopher Baruch Spinoza (1632-1677) was excommunicated by the Sephardic Jews of Amsterdam in 1656 for his &quote;horrible heresies&quote; and &quote;monstrous deeds.&quote; Yet, over the past three centuries, Spinoza's rupture with traditional Jewish beliefs and practices has elevated him to a prominent place in genealogies of Jewish modernity. The First Modern Jew provides a riveting look at how Spinoza went from being one of Judaism's most notorious outcasts to one of its most celebrated, if still highly controversial, cultural icons, and a powerful and protean symbol of the first modern secular Jew. Ranging from Amsterdam to Palestine and back again to Europe, the book chronicles Spinoza's posthumous odyssey from marginalized heretic to hero, the exemplar of a whole host of Jewish identities, including cosmopolitan, nationalist, reformist, and rejectionist. Daniel Schwartz shows that in fashioning Spinoza into &quote;the first modern Jew,&quote; generations of Jewish intellectuals--German liberals, East European maskilim, secular Zionists, and Yiddishists--have projected their own dilemmas of identity onto him, reshaping the Amsterdam thinker in their own image. The many afterlives of Spinoza are a kind of looking glass into the struggles of Jewish writers over where to draw the boundaries of Jewishness and whether a secular Jewish identity is indeed possible. Cumulatively, these afterlives offer a kaleidoscopic view of modern Jewish cultureand a vivid history of an obsession with Spinoza that continues to this day.