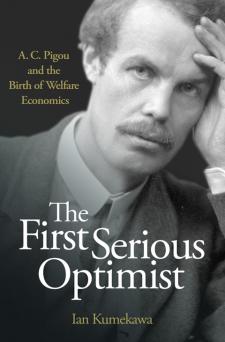 A groundbreaking intellectual biography of one of the twentieth century's most influential economistsThe First Serious Optimist is an intellectual biography of the British economist A. C. Pigou (1877-1959), a founder of welfare economics and one of the twentieth century's most important and original thinkers. Though long overshadowed by his intellectual rival John Maynard Keynes, Pigou was instrumental in focusing economics on the public welfare. And his reputation is experiencing a renaissance today, in part because his idea of &quote;externalities&quote; or spillover costs is the basis of carbon taxes. Drawing from a wealth of archival sources, Ian Kumekawa tells how Pigou reshaped the way the public thinks about the economic role of government and the way economists think about the public good.Setting Pigou's ideas in their personal, political, social, and ethical context, the book follows him as he evolved from a liberal Edwardian bon vivant to a reserved but reform-minded economics professor. With World War I, Pigou entered government service, but soon became disenchanted with the state he encountered. As his ideas were challenged in the interwar period, he found himself increasingly alienated from his profession. But with the rise of the Labour Party following World War II, the elderly Pigou re-embraced a mind-set that inspired a colleague to describe him as &quote;the first serious optimist.&quote;The story not just of Pigou but also of twentieth-century economics, The First Serious Optimist explores the biographical and historical origins of some of the most important economic ideas of the past hundred years. It is a timely reminder of the ethical roots of economics and the discipline's long history as an active intermediary between the state and the market.