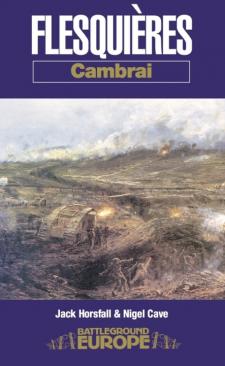 The third in a trilogy of books, the others being Cambrai -The Right Hook and Bourlon Wood by the same authors covering the battle for Cambrai in November 1917. It covers the defense against the German counter strike, the defense of the Flesquieres Salient against the Kaiserschlact in March 1918 and its recapture in Sept/Oct 1918 all key elements in great Allied advance to victory. This book and guide to the Battle for Flesquieres Ridge tells of the onslaught by 470 tanks and infantry battalions which smashed through the Hindenburg line to the great surprise of the Germans who thought it invincible. So successful was the initial assault that for the first time in the war church bells rang out and the face of land warfare was changed forever. The story illustrates the indomitable spirit of British infantry who in spite of being outnumbered and outgunned, and frustrated by political interference, still managed to thwart Ludendorff's last drive for the Channel Ports. They were then in a position to force him back eastwards, breaking through the reinforced Hindenburg Line once again before final victory in November 1918.