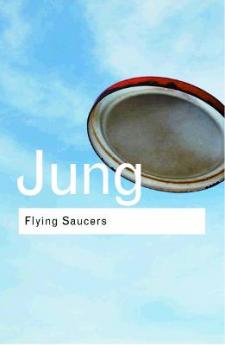 Written in the late 1950s at the height of popular fascination with UFO's, Flying Saucers is the great psychologist's brilliantly prescient meditation on the phenomenon that gripped the world. A self-confessed sceptic in such matters, Jung was nevertheless intrigued, not so much by their reality or unreality, but by their psychic aspect. He saw flying saucers as a modern myth in the making, to be passed down the generations just as we have received such myths from our ancestors. In this wonderful and enlightening book Jung sees UFO's as 'visionary rumours', the centre of a quasi-religious cult and carriers of our technological and salvationist fantasies. 40 years later, with entire religions based on the writings of science fiction authors, it is remarkable to see just how right he has proved to be.