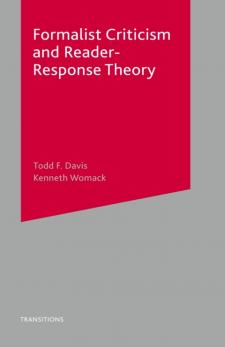 This invaluable guide by Todd F. Davis and Kenneth Womack offers an accessible introduction to two important movements in the history of twentieth-century literary theory. A complementary text to the Palgrave volume Postmodern Narrative Theory by Mark Currie, this new title addresses a host of theoretical concerns, as well as each field's principal figures and interpretive modes. As with other books in the Transitions series, Formalist Criticism and Reader-Response Theory includes readings of a range of widely-studied texts, including Joseph Conrad's Heart of Darkness, Charlotte Brontë's Jane Eyre, and F. Scott Fitzgerald's The Great Gatsby, among others.