Foundations of Inference in Natural Science 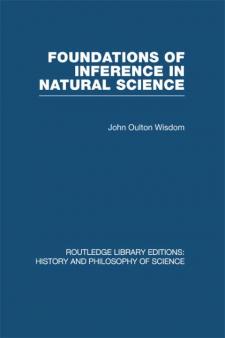 Originally published in 1952. This book is a critical survey of the views of scientific inference that have been developed since the end of World War I. It contains some detailed exposition of ideas – notably of Keynes – that were cryptically put forward, often quoted, but nowhere explained. Part I discusses and illustrates the method of hypothesis. Part II concerns induction. Part III considers aspects of the theory of probability that seem to bear on the problem of induction and Part IV outlines the shape of this problem and its solution take if transformed by the present approach.