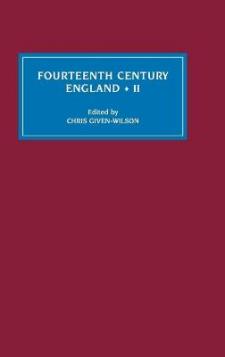 The fourteenth century was, for the English, a century which witnessed dramatic and not always easily explicable changes of fortune. In 1300, England's population was around seven million, and Edward I seemed to be on the verge of turning the British Isles into an English Empire. By 1400, its population was between three and four million (due mainly to the Black Death), dreams of a 'British' empire had all but crumbled, and instead England had become embroiled in a war - the Hundred Years' War - which was not only ultimately disastrous, but which also established the French as the 'national enemy' for many centuries to come. In addition, despite the fact that before 1300 no reigning English monarch had ever been deposed, by 1400 two had: Edward II in 1327, and Richard II in 1399. Sandwiched between these two turbulent reigns, however, came that of Edward III, one of the most successful, both politically and militarily, in English history. It is against the background of these remarkable fluctuations that the articles in this volume, the second in the Fourteenth Century England series, have been written. The range of subjects which they cover is wide: from princely education to popular heresy, from national propaganda to the familial and territorial power politics which occasioned the downfall of kings. Taken together, they reinforce the view that, whether viewed as calamitous or heroic, the fourteenth century was never less than interesting.CHRIS GIVEN-WILSON is Professor of Late Medieval History, University of St Andrews. Contributors: MARTIN ALLEN, JOHN ARNOLD, PAULETTE BARTON, TOM BEAUMONT-JAMES, ALASTAIR DUNN, JEFFREY HAMILTON, JILL C. HAVENS, ANDY KING, CARLA LORD, SHELAGH MITCHELL, MICHAEL PRESTWICH, ARND REITMEIER, NIGEL SAUL.