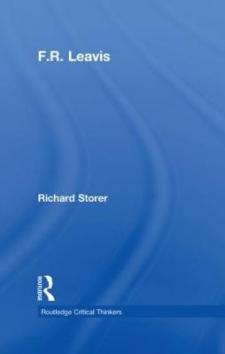 F.R. Leavis is a landmark figure in twentieth-century literary criticism and theory. His outspoken and confrontational work has often divided opinion and continues to generate interest as students and critics revisit his highly influential texts.

Looking closely at a representative selection of Leavis's work, Richard Storer outlines his thinking on key topics such as:

Exploring the responses and engaging with the controversies generated by Leavis's work, this clear, authoritative guide highlights how Leavis remains of critical significance to twenty-first-century study of literature and culture.