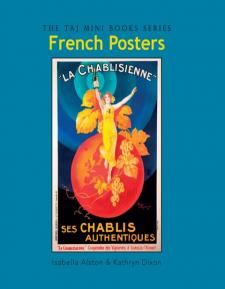 The French poster, born of a basic utilitarian purpose, has developed with age into an admired and collected art form. Vintage posters command high prices at auction and curators specialize in their restoration. The earliest art-worthy posters appeared on the streets of Paris designed by French-born artists such as Jules Chéret, who popularized poster art with his Maîtres de l’Affiche publication from 1895 to 1899, Paul Émile Berthon, and Henri de Toulouse-Lautrec. Other poster artists just as well known but hailing from other countries include Eugène Grasset from Switzerland, Alphonse Mucha from what is now the Czech Republic, and Marcello Dudovich from Italy. The Art Nouveau and Art Deco posters created before and after the turn of the 20th century advertised everything from soap to chocolate, bicycles to cars, coffee to cordials, department stores to nightclubs. They promoted the performing artists in the revues, theaters, and cancan lines that dominated nightlife in the City of Light. Travel, another common poster theme, featured modern ocean liners and airlines as well as terribly exotic destinations and European resorts. This book includes examples of the works of the most popular poster artists working in France from 1890 to the 1930s.