Freud and the Politics of Psychoanalysis 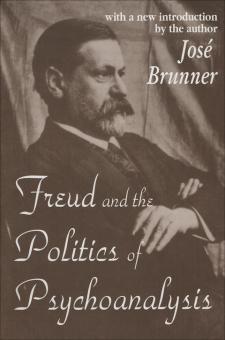 Freud and the Politics of Psychoanalysis is a sympathetic critique of Freud's work, tracing its political content and context from his early writings on hysteria to his late essays on civilization and religion. Brunner's central claim is that politics is a pervasive and essential component of all of Freud's discourse, since Freud viewed both the psyche and society primarily as constellations of power and domination. Brunner shows that when read politically, Freud's discourse can be seen to unite mechanics and meaning into a plausible, fruitful and internally consistent theory of the mind, therapy, family and society.Part one deals with the medical and political background of Freud's work. It explains how Freud postulated mental principles that were the same for all races and nations. The second part is concerned with the logic and language of Freud's theory of the mind. Brunner also details how Freud introduced dynamics of dominance and subjugation into the very core of the psyche. Part three addresses dynamics of power in the clinical setting, which Freud forged out of a curious blend of authoritarian and liberal elements. Brunner focuses on how this setting creates an arena for verbal politics. He also examines various social factors that influenced the therapeutic practice of psychoanalysis, such as class, gender and education. Part four explores Freud's analysis of the family and large-scale social institutions. Though Brunner is critical of the authoritarian bias in Freud's social theory, he suggests that it provides a useful vocabulary to unmask hidden psychological aspects of domination and subjection. This is an essential book for those interested in the history of ideas and psychoanalysis.Josu Brunner is Senior Lecturer at the Buchmann Faculty of Law and the Cohn Institute for the History and Philosophy of Science and Ideas, both at Tel Aviv University. Born in Zorich, Switzerland, he has been living in Israel for most of the last three decades. He is author of numerous publications on the history and politics of psychoanalysis and contemporary political theory.