A Friendly Guide to Wavelets 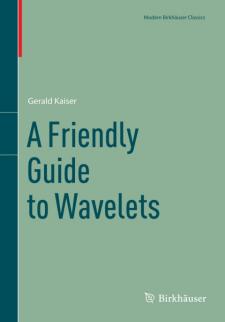 More than twenty years ago I gave a course on Fourier Integral Op- erators at the Catholic University of Nijmegen (1970-71) from which a set of lecture notes were written up; the Courant Institute of Mathematical Sciences in New York distributed these notes for many years, but they be- came increasingly difficult to obtain. The current text is essentially a nicely TeXed version of those notes with some minor additions (e.g., figures) and corrections. Apparently an attractive aspect of our approach to Fourier Integral Operators was its introduction to symplectic differential geometry, the basic facts of which are needed for making the step from the local definitions to the global calculus. A first example of the latter is the definition of the wave front set of a distribution in terms of testing with oscillatory functions. This is obviously coordinate-invariant and automatically realizes the wave front set as a subset of the cotangent bundle, the symplectic manifold in which the global calculus takes place.