The Future of Europe 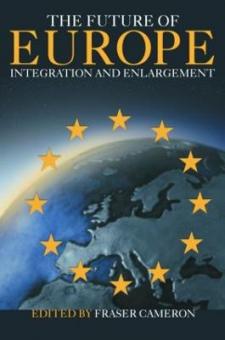 In 2004, the European Union's Intergovernmental Conference finalized the historic process of enlarging the EU from fifteen to twenty-five members. This book is the most detailed and up-to-date account of the state of the European Union's biggest enlargement so far, and also considers its future prospects in several key areas. It explains why the ten applicant countries wanted to join the EU and how they succeeded after lengthy negotiations.

Each chapter is a cutting-edge overview by a leading figure in the field and subjects covered include:

* the enlargement-integration debate
* the politics of the EU's new member states
* the role of the European Convention
* the political economy of an enlarged Europe
* the challenges of developing common European foreign and security policy
* the EU's relations with its neighbours
* EU-American relations.