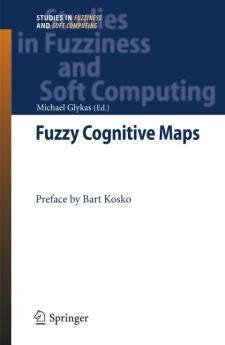 This important edited volume is the first such book ever published on fuzzy cognitive maps (FCMs). Professor Michael Glykas has done an exceptional job in bringing together and editing its seventeen chapters. The volume appears nearly a quarter century after my original article “Fuzzy Cognitive Maps” appeared in the International Journal of Man-Machine Studies in 1986. The volume accordingly reflects many years of research effort in the development of FCM theory and applications—and portends many more decades of FCM research and applications to come. FCMs are fuzzy feedback models of causality. They combine aspects of fuzzy logic, neural networks, semantic networks, expert systems, and nonlinear dynamical systems. That rich structure endows FCMs with their own complexity and lets them apply to a wide range of problems in engineering and in the soft and hard sciences. Their partial edge connections allow a user to directly represent causality as a matter of degree and to learn new edge strengths from training data. Their directed graph structure allows forward or what-if inferencing. FCM cycles or feedback paths allow for complex nonlinear dynamics. Control of FCM nonlinear dynamics can in many cases let the user encode and decode concept patterns as fixed-point attractors or limit cycles or perhaps as more exotic dynamical equilibria. These global equilibrium patterns are often “hidden” in the nonlinear dynamics. The user will not likely see these global patterns by simply inspecting the local causal edges or nodes of large FCMs.