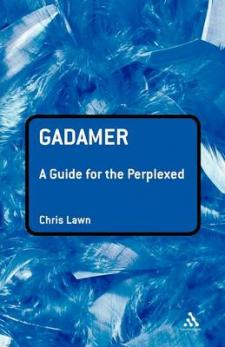 Continuum's Guides for the Perplexed are clear, concise and accessible introductions to thinkers, writers and subjects that students and readers can find especially challenging. Concentrating specifically on what it is that makes the subject difficult to fathom, these books explain and explore key themes and ideas, guiding the reader towards a thorough and confident understanding of demanding material. Hans-Georg Gadamer is one of the formeost European philosophers of recent times. His work on philosophical hermeneutics defined the whole subject, and Truth and Method, his magnum opus, is a landmark text in modern philosophy. However, Gadamer's ideas, the complex relationship between them, and the often opaque way they are expressed, undoubtedly pose a considerable challenge for the reader. Gadamer: A Guide for the Perplexed is the ideal text for anyone trying to get to grips with Gadamer's work. Providing a clear account of the central tenets of Gadamer's philosophy, the book does not shy away from the more complex material and provides an invaluably thorough and fully engaged account of Gadamer's hermeneutics.
There is clear exposition and analysis of such key terms - often problematic for the reader - as 'fusion of horizons', 'effective historical consciousness' and 'the logic of question and answer', as well as Gadamer's redefinition of such concepts as 'prejudice', 'authority' and 'tradition'. The book also discusses Gadamer's influence in other areas of philosophy; the response of other philosophers to his work; and criticisms of his work on the grounds of relativism.