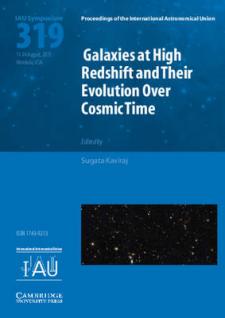 IAU Symposium 319 was the largest galaxy evolution meeting at the IAU General Assembly in 2015. This volume presents a summary of the current state of the art in galaxy evolution studies, and provides a perspective on future large spectro-photometric surveys which will become available in the next decade. Topics covered include the emergence of galaxies and their constituent black holes during the first few billion years, the evolving interstellar medium as seen through modern instrumentation like Herschel, Planck and ALMA, and a look ahead to future ground- and space-based instruments that will become the workhorse facilities of the next decade, such as JWST and the SKA precursors. This volume will appeal to those who are interested in the formation and evolution of galaxies over cosmic time, as well as those who are active in developing, or on the science teams for, new astronomical instrumentation.