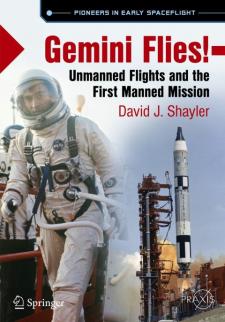 In May 1961, President John F. Kennedy committed the United States to landing a man on the moon before the end of the decade. With just a handful of years to pull it off, NASA authorized the Project Gemini space program, which gathered vital knowledge needed to achieve the nation’s goal. This book introduces the crucial three-step test program employed by the Gemini system, covering:  The short unmanned orbital flight of Gemini 1 that tested the compatibility of launch vehicle, spacecraft and ground systems.  The unmanned suborbital flight of Gemini 2 to establish the integrity of the reentry system and protective heat shield.  The three-orbit manned evaluation flight of Gemini 3, christened ‘Molly Brown’ by her crew. A mission recalled orbit by orbit, using mission transcripts, post-flight reports and the astronauts’ own account of their historic journey. The missions of Project Gemini was the pivotal steppingstone between Project Mercury and the Apollo Program. Following the success of its first two unmanned missions and the exploits of Gus Grissom and John Young on Gemini 3, NASA gained the confidence to plan an even bolder step on its next mission, as described in the next book in this series on Gemini 4.