The Genealogy of the Romantic Symbol 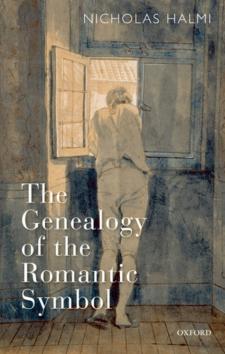 Despite its widely acknowledged importance in and beyond the thought of the Romantic period, the distinctive concept of the symbol articulated by such writers as Goethe and F. W. J. Schelling in Germany and S. T. Coleridge in England has defied adequate historical explanation. In contrast to previous scholarship, Nicholas Halmi's study provides such an explanation by relating the content of Romantic symbolist theory - often criticized as irrationalist - to thecultural needs of its time. Because its genealogical method eschews a single disciplinary perspective, this study is able to examine the Romantic concept of the symbol in a broader intellectual context than previous scholarship, a context ranging chronologically from classical antiquity to the present andencompassing literary criticism and theory, aesthetics, semiotics, theology, metaphysics, natural philosophy, astronomy, poetry, and the origins of landscape painting. The concept is thus revealed to be a specifically modern response to modern discontents, neither reverting to pre-modern modes of thought nor secularizing Christian theology, but countering Enlightenment dualisms with means bequeathed by the Enlightenment itself. This book seeks, in short, to do for the Romantic symbol what PercyBysshe Shelley called on poets to do for the world: to lift from it its veil of familiarity.