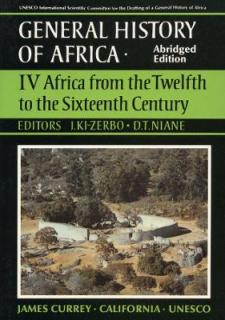 The twelfth to the sixteenth centuries constitute a crucial phase in the continent's history, and a period in which written records became more common. The period covered by this volume has several major themes: the triumph of Islam; the extension of trading relations; cultural exchanges and human contacts; and the development of kingdoms and empires.
The series is co-published in Africa with seven publishers, in the United States and Canada by the University of California Press, and in association with the UNESCO Press.