General Sketch of the History of Pantheism 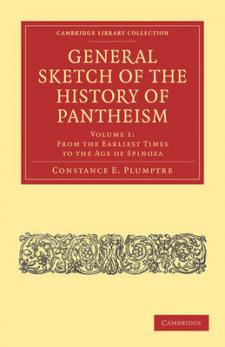 A perceptive thinker and author of five scholarly tomes as well as numerous essays, the philosopher and historian of religion Constance E. Plumptre is now unfamiliar to many readers. Yet for a period of just over twenty years between 1878 and 1902 she championed some of the most fascinating philosophical and religious theories of the Victorian age. Although she won greatest acclaim for Studies in Little-Known Subjects (1898), her first work, General Sketch of the History of Pantheism, published anonymously in 1878, remains one of the most significant histories of philosophy ever written. Taking in Brahminism, the Ionian School, Pythagoras and the Neo-Platonists, as well as the work of Bruno and Vanini, the first volume provides an erudite but accessible introduction to Oriental, Greek and modern Pantheism. For more information on this author, see http://orlando.cambridge.org/public/svPeople?person_id=plumce