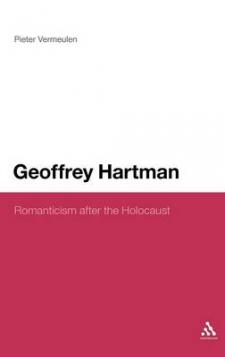 This comprehensive account demonstrates how Hartman's commitment to the potency of aesthetic mediation informs a similar position in current debates about ethics, media, and memory. "Geoffrey Hartman: Romanticism after the Holocaust" offers the first comprehensive critical account of the work of the American literary critic Geoffrey Hartman. The book aims to achieve two things: first, it charts the whole trajectory of Hartman's career (now more than half a century long) while playing close attention to the place of his career in broader cultural and intellectual contexts; second, it engages with contemporary discussions about ecology, ethics, trauma, the media, and community in order to argue that Hartman's work presents a surprisingly consistent and original position in current debates in literary and cultural studies. Vermeulen identifies a persistent belief in the potency of aesthetic mediation at the heart of Hartman's project, and shows how his work repeatedly reasserts that belief in the face of institutional, cultural and intellectual factors that seem to deny the singular importance of literature.
The book allows Hartman to emerge as a major literary thinker whose relevance extends far beyond the domains of Romanticism, of literary theory, and of trauma studies.