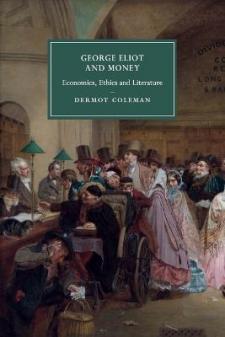 Unlike other Victorian novelists George Eliot rarely incorporated stock market speculation and fraud into her plots, but meditations on money, finance and economics, in relation both to individual ethics and to wider social implications, infuse her novels. This volume examines Eliot's understanding of money and economics, its bearing on her moral and political thought, and the ways in which she incorporated that thought into her novels. It offers a detailed account of Eliot's intellectual engagements with political economy, utilitarianism, and the new liberalism of the 1870s, and also her practical dealings with money through her management of household and business finances and, in later years, her considerable investments in stocks and shares. In a wider context, it presents a detailed study of the ethics of economics in nineteenth-century England, tracing the often uncomfortable relationship between morality and economic utility experienced by intellectuals of the period.