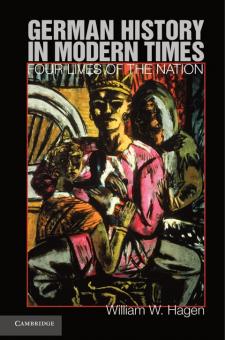 This history of German-speaking central Europe offers a very wide perspective, emphasizing a succession of many-layered communal identities. It highlights the interplay of individual, society, culture and political power, contrasting German with Western patterns. Rather than treating 'the Germans' as a collective whole whose national history amounts to a cumulative biography, the book presents the pre-modern era of the Holy Roman Empire; the nineteenth century; the 1914–45 era of war, dictatorship and genocide; and the Cold War and post-Cold War eras since 1945 as successive worlds of German life, thought and mentality. This book's 'Germany' is polycentric and multicultural, including the multinational Austrian Habsburg Empire and the German Jews. Its approach to National Socialism offers a conceptually new understanding of the Holocaust. The book's numerous illustrations reveal German self-presentations and styles of life, which often contrast with Western ideas of Germany.