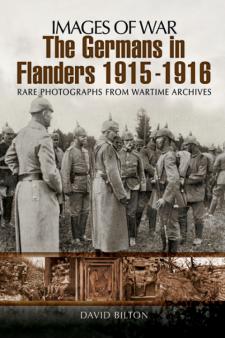 The book covers the actions of the German Army in the Low Countries during 1915 and 1916. In its broad compass it looks at the battles with the French, Belgians and British, concentrating mostly on the latter. Both 1915 and 1916 were very active years for the Central Powers and the Allies. After a quiet start with minor fighting April 1915 saw gas attacks against Hill 60, followed by 2nd Ypres and intermittent attacks throughout the remainder of the year. There was also considerable naval and air activity through the year. 1916 was arguably the most dramatic year of the War, not least for the Allied Somme offensive.This work, which follows on from the authors German Army in Flanders 1914 in the same series, includes notes on the divisions that fought there and a chronological order of events as they unfolded. Where relevant, material from the German home front is included.Each phase and aspect of the period is detailed from the German point of view using primary and secondary sources from both Germany and Britain. The illustrations provide a pictorial background in both a specific and general form, highlighting life in the front-line as well as rear areas and show how the War affected the towns and villages of the region.