Glimmer of a New Leviathan 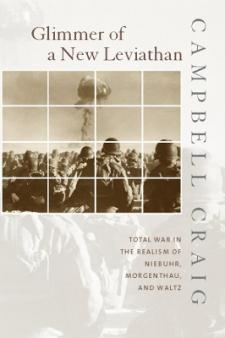 The Second World War put an end to America's historical isolation from international power politics, and so also to the long-standing American defiance of the Realist ideology that shaped Old World affairs. The advent of transoceanic military technologies, now wielded by menacing states such as Nazi Germany and the Soviet Union, made Americans more receptive to the Realist idea that international relations is about fear and survival. The American Realists Reinhold Niebuhr, Hans Morgenthau, and Kenneth Waltz developed a modern strategic framework that sought to introduce American leaders and the educated public to these harsher realities of international politics. They emphasized a clear-eyed, cold approach to the play of interests, egotism, and the drive for power in world affairs-a struggle in which the threat of major war remained, in the end, the only legitimate currency. Yet even as Americans began to accept this new Realism, thermonuclear weaponry threatened to make it absurd. A major war to defend the nation might result in its total destruction; a thermonuclear war leading to the death of hundreds of millions of citizens seemed an unusual way to preserve American survival.
This dilemma became central to the Realist understanding of Niebuhr, Morgenthau, and Waltz. How could a Realist approach to international politics and war be sustained in the face of possible global annihilation? Glimmer of a New Leviathan is the engrossing story of how the three chief architects of an influential ideology struggled with the implications of their own creation. It offers crucial historical context for contemporary debates about weapons of mass destruction and the post-Cold War international order.