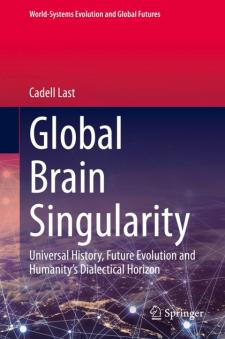 This book introduces readers to global brain singularity through a logical meditation on the temporal dynamics of the universal process. Global brain singularity is conceived of as a future metasystem of human civilization that represents a qualitatively higher coherence of order. To better understand the potential of this phenomenon, the book begins with an overview of universal history. The focus then shifts to the structure of human systems, and the notion that contemporary global civilization must mediate the emergence of a commons that will transform the future of politics, economics and psychosocial life in general. In this context the book presents our species as biocultural evolutionary agents attempting to create a novel and independent domain of technocultural evolution that affords us new levels of freedom. Lastly, the book underscores the internal depths of the present moment, structured by a division between subject and object.  The nature of the interaction between subject and object would appear to govern the mechanics of a spiritual process that is key to understanding the meaning of singularity inclusive of observers. Given its scope, the book will appeal to readers interested in systems approaches to the emerging world society, especially historians, philosophers and social scientists.