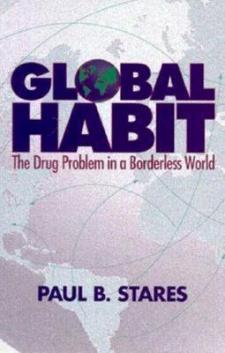 The market for illicit drugs is expanding inexorably around the world. More kinds of drugs are becoming more available in more places than ever before. But the drug trade is not only growing, it is changing in character. It has ceased to be a marginal area of criminal activity and has now become a major global enterprise controlled by formidable interests that threaten much more than the health of drug users. Moreover, the immense wealth that has been amassed from selling drugs has given the principal trafficking organizations enormous power to corrupt and intimidate public officials and government institutions.In this major book, Paul Stares presents a compelling portrait of the global drug market and the consequences of this international plague. He explains that there are good reasons to fear that the global market for drugs will continue to expand in the coming years: profits to the traffickers are huge; the revolutionary advances in communications, transportation, and information technology facilitate smuggling, as do the lowering of border controls and trade tariffs and the trends toward privatization and deregulation. Meanwhile, the expanded volume of global trade, travel, and financial transactions makes it harder for customs and police authorities to detect and stop illicit activities. Added to the growing incentives and opportunities to supply illicit drugs, the level of demand is increasing in many new areas of the world, particularly in formerly communist countries and many areas of the developing world.

What can done about this growing problem? One option is legalization, but Stares contends that its implementation would be problematic while its benefits remain unclear. Yet, continuing on the present course will not work either. Stares argues that reducing both the supply and demand for illicit drugs requires a fundamental shift away from the current overwhelming emphasis on negative sanctions to deter and deny their production, trafficking, and consumption. Instead, he calls for more positive control measures that primarily rely on persuasion and cooperation. He advocates the creation of a global drug monitoring and evaluation network, a global drug use prevention program, a global drug treatment training program, and an international drug crisis response program.

According to Stares, the effectiveness of reorienting drug control policy to curb the global habit will ultimately depend on the international community's willingness to address much larger concerns to which the drug problem is inextricably linked-- including overpopulation, environmental degradation, poverty, illiteracy, ethnic strife, and disease. Only by recognizing the fundamental relationship between these larger issues and the global drug problem can meaningful progress be made. Selected by Choice as an Outstanding Book for 1996