A Global History of Indigenous Peoples 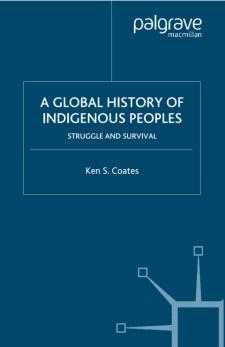 A Global History of Indigenous Peoples examines the history of the indigenous/tribal peoples of the world. The work spans the period from the pivotal migrations which saw the peopling of the world, examines the processes by which tribal peoples established themselves as separate from surplus-based and more material societies, and considers the impact of the policies of domination and colonization which brought dramatic change to indigenous cultures. The book covers both tribal societies affected by the expansion of European empires and those indigenous cultures influenced by the economic and military expansion of non-European powers. The work concludes with a discussion of contemporary political and legal conflicts between tribal peoples and nation-states and the on-going effort to sustain indigenous cultures in the face of globalization, resource developments and continued threats to tribal lands and societies.